Travelling by car
Driving from the direction of Gdańsk or Gdynia through Niepodległości street turn into the street of 3 Maja. Drive through the overhead passage straight down. Next turn into the street of Bitwy pod Płowcami (the fifth road on the left). After about 100 metres turn left and then right into Na Wydmach street - a whole later you shall find yourself at the hotel. The hotel possesses 15 parking spaces.

Travelling by train/walking from the train station
When You get off the train at the Sopot Train Station, go through the under passage from the direction of the city of Gdańsk and walk left until you reach Kościuszki Street. Next turn left and walk straight for about 500 hundred metres. When you reach the intersection turn left into 3 Maja Street. Go straight down until you reach the intersection with Bitwy Pod Płowcami Street, turn right and then take the first left. Walk along Na Wydmach Street, which shall lead You to E. Plater, with the Hotel Villa Baltica located at number 1.

Airplane
From the Gdańsk Rębiechowo Airport it is best to get to the Hotel by a taxi. The distance from the Villa Baltica Hotel amounts to about 18 km -drive time about 30 minutes. Cost of the transport: 60-80 PLN. 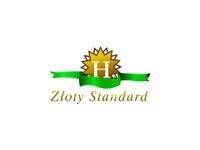 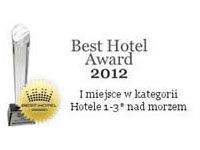 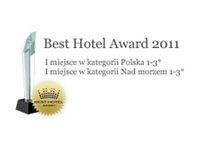 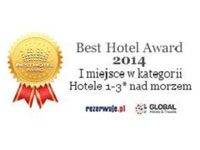 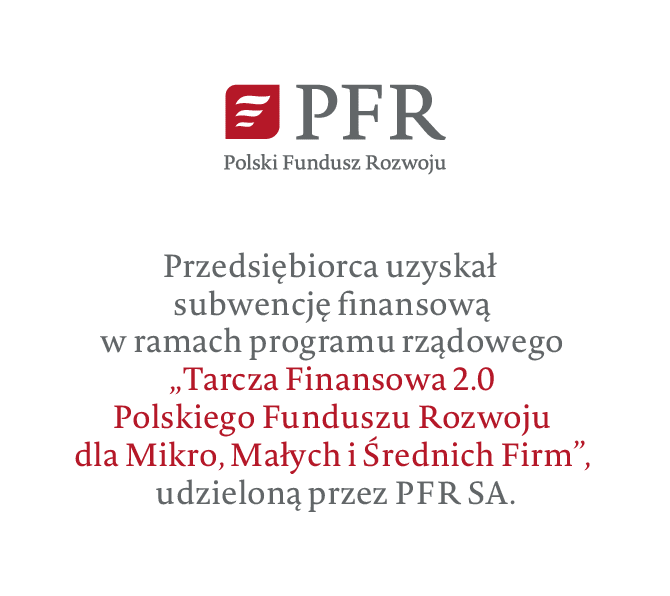 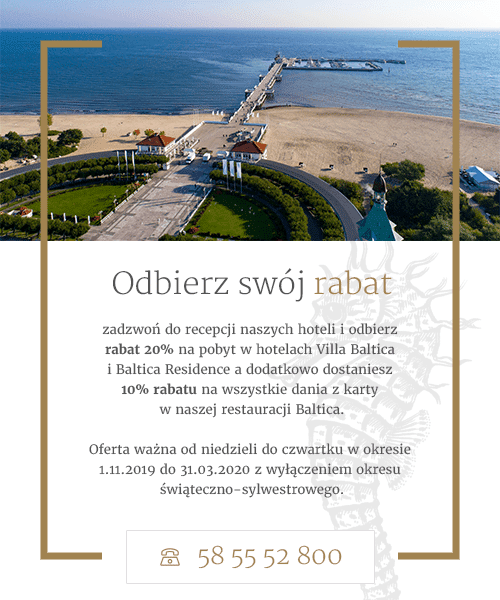